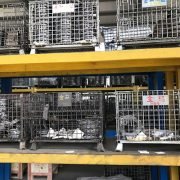 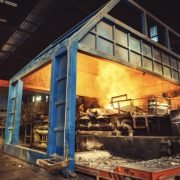 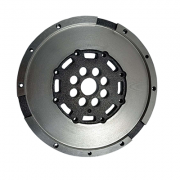 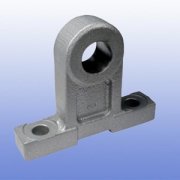 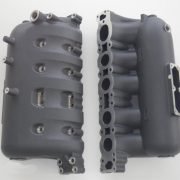 Pig iron usually refers to an iron alloy with a carbon content of 2% to 4.3%, also known as cast iron. In addition to carbon, pig iron also contains silicon, manganese, and small amounts of sulfur and phosphorus. Pig iron cannot be forged, but it can be cast. According to the different forms of carbon, pig iron fall into steelmaking pig iron, cast pig iron and ductile iron.

The carbon in steel-making pig iron exists in the form of carbides and has a white cross-section, usually called white iron. Steelmaking pig iron is hard and fragile, so it is usually used as a raw material for cast steel.

The form of carbon in cast pig iron is graphite flakes, which break into gray. Thus usually called gray iron. Because graphite is soft and has lubricity, it has good cutting, wear and casting properties. However, its anti-bit strength is insufficient. Therefore it cannot be forged. Gray iron is only used to make castings, such as casting various machine tool beds, iron pipes, etc.

The carbon in spheroidal graphite cast iron exists in the form of spherical graphite. Meanwhile, its mechanical properties are far superior to gray cast iron, and are close to cast steel. It has excellent casting, machining and wear resistance, and has a certain degree of flexibility. Therefore, ductile cast iron has been widely used in the manufacture of crankshafts, gears, pistons and other high-grade castings as well as various mechanical parts.

In addition to the above, there are some iron alloys, which contain a lot of silicon, manganese, nickel or other elements, such as ferrosilicon, ferromanganese and so on. These ferroalloys are commonly used as raw materials for cast steel. Using these alloys, cast steel can obtain better physical properties.

YIDE casting is a professional casting foundry, specialized in cast iron since 1993s. We can provide both casting and machining service for casting parts. If you are interested in our casting service, please feel free to contact us for more details. 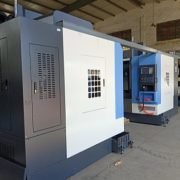 Cast iron materials have many applications, one of which is very common is the manufacture of open transmission gears.

Gray cast iron has graphite material, which can play a certain lubricating effect during work and greatly reduce friction. At the same time, gray cast iron has low cost and good processing performance. Therefore, it is widely used in the production of gears.

Gray cast iron gears are often used in gear system structures with low load carrying capacity, low transmission speed, and low impact resistance. But with a compact design. There are also ductile cast iron gears, which can be used in closed drive systems.

Ductile cast iron has good comprehensive mechanical properties, good process performance and low price,. That means it is an excellent material for manufacturing gears. At present, there are many application examples of ductile iron gears used in automobiles, tractors, agricultural machinery, machine tools. And there are also automobile rear axle spiral bevel gears, tractor transmission gears and so on. 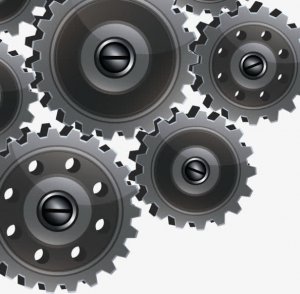