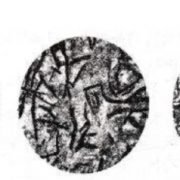 The carbon in mottled cast iron exists in the form of a mixture of graphite and cementite, and the fracture is grayish-white. This cast iron has greater brittleness, so it is rarely used in industry.

Yide casting is a professional iron foundry in China, with 2 casting automatic casting production lines, and a manual sand castle working, we also equip the cat iron machining equipment in our machining workshop, if you are looking for good casting foundry, YIDE Casting is a good choice, please feel free to contact us for more details.